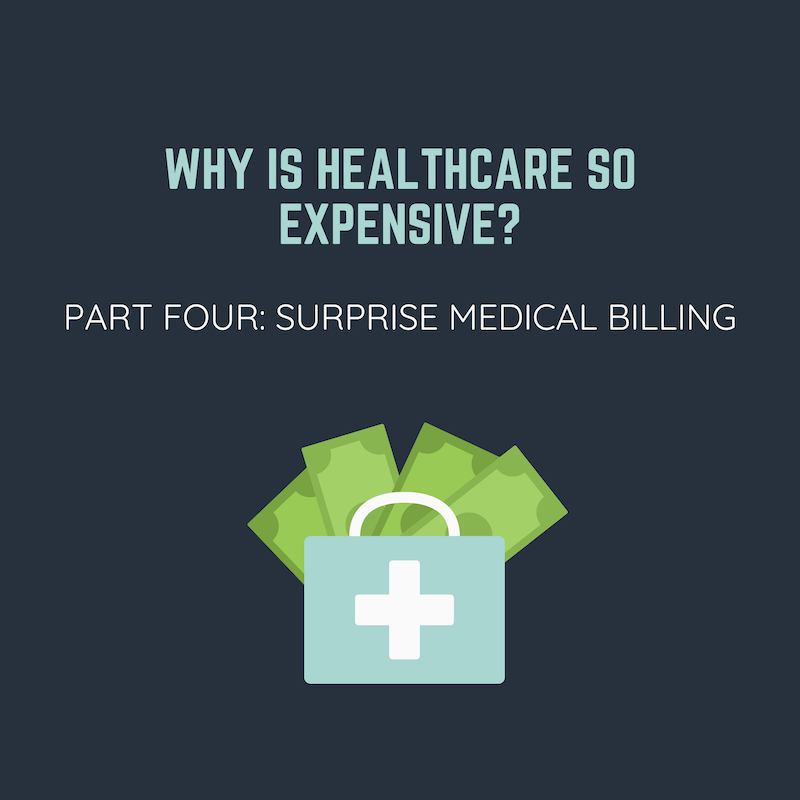 Why is Healthcare so Expensive: Part Four

We couldn’t answer the question, “why is healthcare so expensive” without addressing surprise medical billing. It’s perhaps the most notorious case of ridiculously expensive medical bills for individuals. There are several ways one could wind up with this kind of bill, but there are ways to address it.

What is Surprise Medical Billing?

A surprise medical bill is one where a patient thought they were covered by insurance or would only pay their predetermined co-pay amount, but received an often very expensive bill they have to pay out-of-pocket. This happens one of two ways.  Either it’s an emergency and a patient gets an out-of-network provider, or they go in-network but one (or more) of the medical personnel is out-of-network.

That’s right, even if a patient goes to a hospital they know is in-network, they’re anesthesiologist or radiologist could be contracted from outside the hospital and thus send their own out-of-network bill to the patient.

Where are Surprise Medical Bills Most Common?

Ambulance services and emergency operations are the poster children for surprise medical bills. A patient is in a position where they can't choose what ambulance picks them up or where they go for emergency care, so they most likely end up being out-of-network and get hit with a huge bill that's not covered by insurance.

Surprisingly though, another area that does dish out a lot of surprise bills are routine operations and elective surgeries. Knee replacements, hip replacements, and gallbladder removals are all examples of elective surgeries. A patient might do their research and figure out their insurance will cover X amount, and so the patient knows the difference or co-pay they’ll have to pay. However, patients unfortunately don’t know if their anesthesiologist, the radiologist, or other clinical professionals that are going to be in that surgery room are in-network or not. Since anesthesiologists and radiologists are two of the most common contracted, out-of-network services for hospitals, this means that patients undergoing routine procedures and elective surgeries are at a high risk for an unpleasant surprise.

What’s Being Done (and Could Be Done) about Surprise Medical Billing?

Right before COVID, congress was working on eliminating surprise medical billing but that got pushed to the side once the pandemic hit. However, some states have addressed the issue through their own legislation; though none have reached a perfect solution. One of the states that has passed legislation to address this immoral billing practice is New York.

New York passed arbitration requirements when patients receive surprise bills. The patient submits an arbitration request and then the insurance company and the provider have to go fight it out in arbitration, and the patient is left out of it. It’s nice that the patient is left out of the mess, but this legislation really doesn't address the underlying problem which is the generation of surprise bills. It’s very much a “treating the symptom and not treating the disease” situation. There's also the issue that arbitration is not free and, contrary to popular belief, isn’t just a very cheap substitute for litigation.

There's a lot of issues with surprise billing that need to be addressed on the front end, and not just after the bill is sent. In my opinion, there are two potential  ways to effectively address surprise medical bills.

The first deals with in-network hospitals who have out-of-network clinicians or specialists. The hospitals contract organizations for certain healthcare services (anesthesiology and radiology being two of the most common) and these organizations end up charging whatever they want, simply because they can. Hospitals need to create contracts that make these third-party services agree to in-network rates. If all hospitals would require that contractors be contractually bound to in-network prices, not only would this eliminate surprise billing, but it would also give patients transparent pricing. When all the parts of a procedure have a set, contracted price, it allows patients to get an accurate quote and shop around.

The second part of the solution deals with out-of-network emergency services. Obviously in an emergency, the first suggested remedy doesn’t work quite as much. The fix in this case would be to have federally mandated maximum prices for emergency medical services. It goes against market economics and capitalism, but traditional economics simply can’t figure out a fair price for emergencies; and if a patient is dying, that’s not the time to be price gouging. People generally don’t like government meddling, but in this case it could be the ideal situation.

There’s been a lot of talk about price transparency and surprise medical bills,  and with COVID there’s a huge focus on healthcare in general. Regardless of what administration is in power next year, addressing  surprise medical bills needs to be a priority. It’s a truly bipartisan issue; everyone knows someone who’s had an insanely expensive bill. There’s no doubt that healthcare is a mess, and to chip away at it, you have to hit low hanging fruit first. Surprise medical  billing and price transparency are  the low fruit on a very, very tall tree, and now is the best time to strike.

Why is Healthcare so Expensive: Part Three 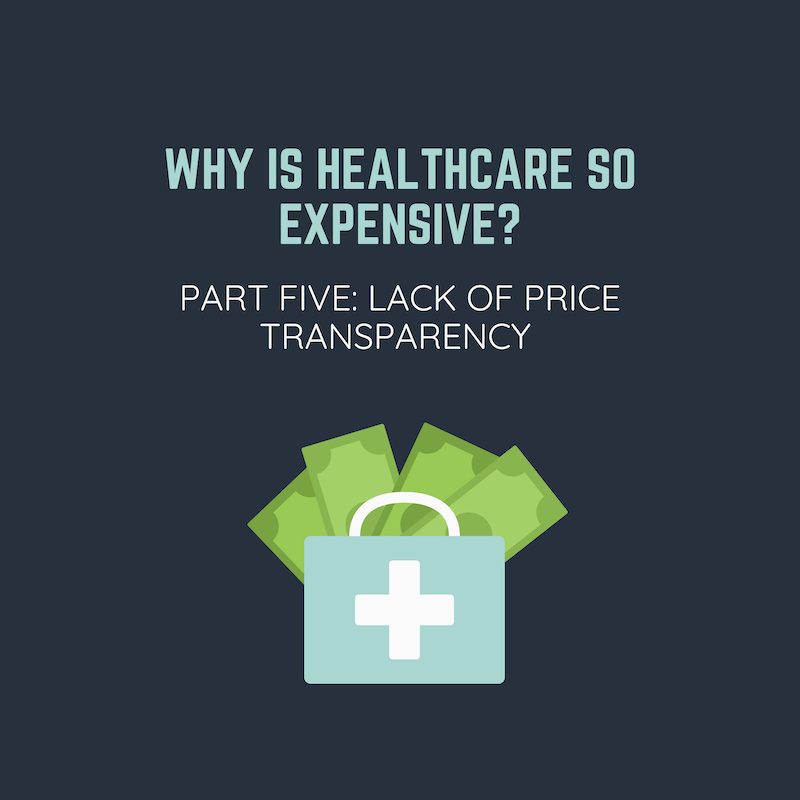 Why is Healthcare so Expensive: Part Five